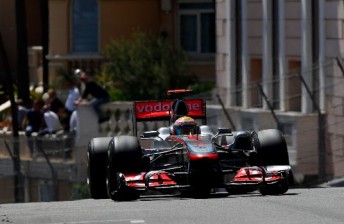 Lewis Hamilton experienced a fraught Monaco Grand Prix, with the controversy failing to stop once the chequered flag fell.

Having had his only Q3 time taken away by the stewards for cutting a chicane on Saturday, the 2008 World Champion was handed a drive-through penalty during the race for contact with Felipe Massa, before being penalised a further 20s post-race for a Lap 74 collision with Pastor Maldonado.

A clearly aggrieved Hamilton then caused more controversy by jokingly suggesting that the stewards’ decisions were racially motivated.

“Out of six races, I’ve been to the stewards five times. It’s a joke – it’s an absolute frickin’ joke,” Hamilton told the BBC.

While Hamilton reportedly visited the stewards to clarify his comment after the race, the McLaren driver had been scathing of their decisions.

“People want to see my racing, want to see overtaking… and you get done for trying to overtake,” he said.

“Fair play, if I really feel that I’ve gone too late and hit someone, I’ll put my hand up and realise I really have caused an incident and I’ve been the stupid one, but it is not the case.”

While Hamilton appeared to be a long way down the inside of both Massa (at Loews Hairpin) and Maldonado (at Sainte Devote) when the two incidents occurred, the Ferrari driver told assembled media after the race that his McLaren rival should be punished further for his driving.

“I didn’t think it was possible to overtake – he was too aggressive, I think,” said Massa of the Lap 34 collision.

“Then when I got to the tunnel my car was damaged and I went on the dirty part of the track and hit the wall. What he did today was unbelievable. Not just with me, but with other drivers as well.

“I think he needs to be penalised again, and in a good way – otherwise he doesn’t learn.

“The FIA need to think about something for him, or he will not learn.”

Hamilton’s post-race penalty did not affect his race position of sixth. The Briton currently sits second in the championship standings, some 58 points adrift of leader and Monaco race winner Sebastian Vettel. 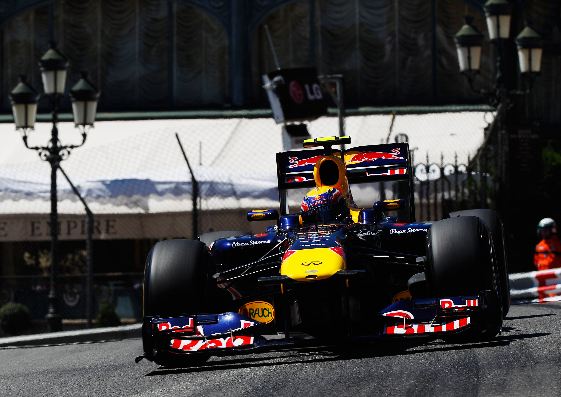 Next Story Radio problem the end of Webber's chances