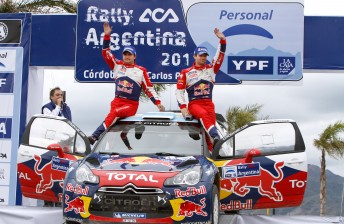 Sebastien Loeb has stormed from third place and an overnight deficit of 47.7-seconds to Citroen team-mate Sebastien Ogier to win Rally Argentina for the sixth time.

Ogier had been in control with four stages left to run only to roll on the day’s first stage. He was able to complete the run with the fifth fastest time but his lead had been trimmed to 21.5-seconds. However, the damage he’d inflicted on his Citroen DS3 WRC included the loss of power steering.

With three stages before the finish and no service, Ogier was unable to prevent further time loss. Despite starting the event-closing Power Stage 3.3-seocnds up on Loeb, he slipped to third in the overall classification behind Loeb and Ford’s Mikko Hirvonen.

“This is really incredible because I never thought this would be possible after my penalty on Friday,” said Loeb in reference to the 60-second penalty he received for entering a regroup ahead of schedule.

“It’s been a difficult rally and, okay, my rivals have had problems, but it’s a very good feeling now.”

Hirvonen started the final morning in second position in his Fiesta RS WRC but slipped behind Loeb on stage 16. However, he was able to recapture the runner-up spot when he moved ahead of Ogier on the final stage.

“Ending the weekend with a podium is a good result but it’s not been a great event because I’ve struggled for the speed,” said Hirvonen.

Ogier had been on course for his third victory of 2011 at the start of the day only to roll after taking a deep cut through a corner on Sunday’s opening test. The dejected Frenchman said his car had been “impossible to drive”.

“I tried to do what I could but it was so hard. It was a stupid mistake for sure,” said Ogier.

Petter Solberg made up for the disappointment of his power steering failure on Saturday afternoon, which cost him a shot at victory, by claiming his first Power Stage win of the season to finish in fourth overall in his privateer DS3 WRC and earn three bonus points.

Mads Ostberg claimed fifth place in his M-Sport Stobart Fiesta on his Rally Argentina debut. Federico Villagra was the top Argentine driver in sixth overall despite brake troubles hampering his Munchi’s Fiesta over the closing stages. 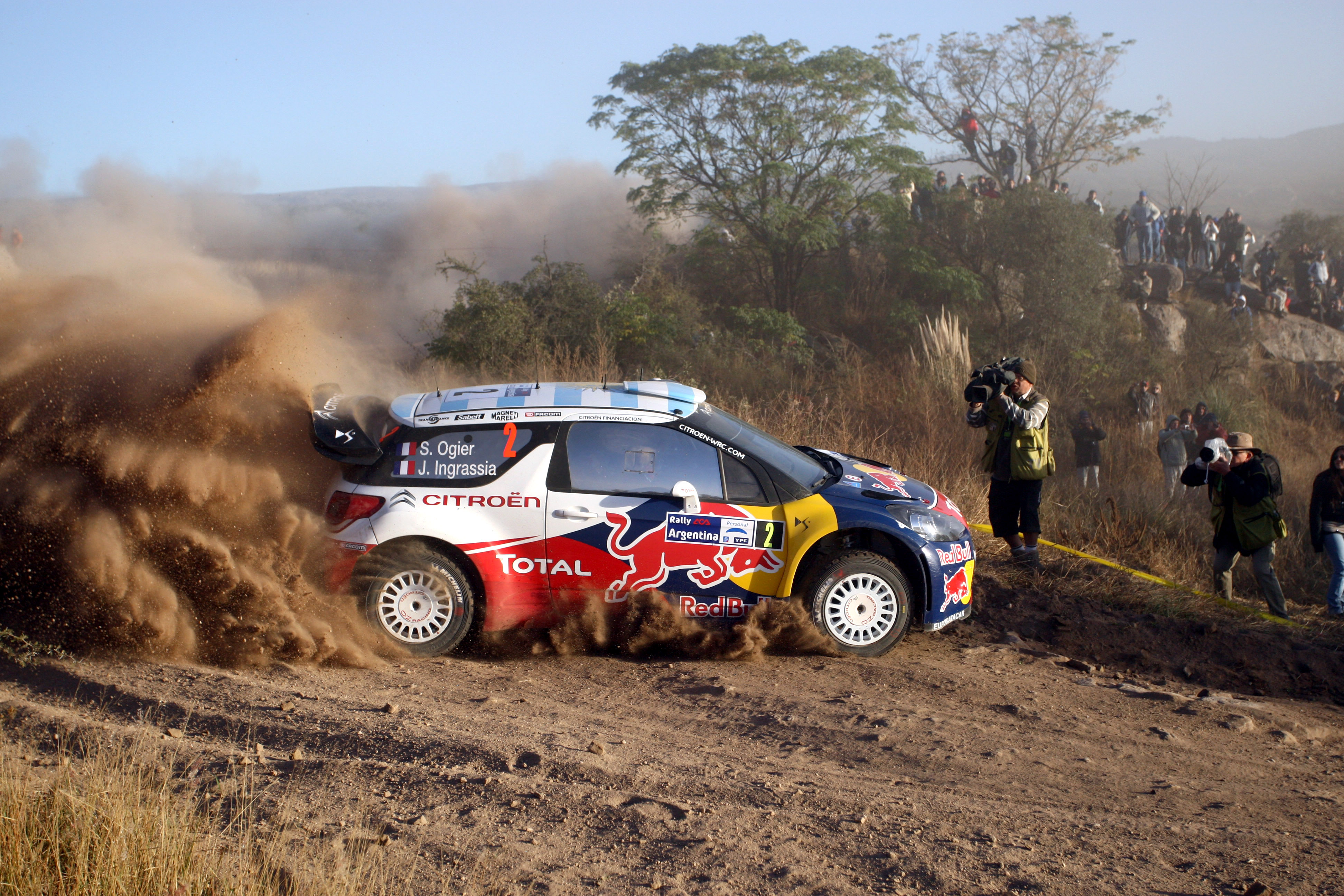