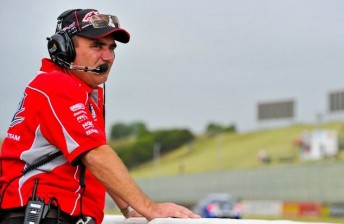 Rob Crawford has split with the Toll Holden Racing Team

The Toll Holden Racing Team is currently without a team manager after the sudden departure of Rob Crawford.

A team spokesman confirmed to Speedcafe.com today that Crawford is no longer with the team, and that a replacement will be sorted within the next seven days.

The news follows an official announcement from the factory Holden squad last Friday that its managing director Craig Wilson has resigned due to family reasons.

Crawford has a long history in the Walkinshaw Racing empire, having worked for the Arrows Formula One team for six seasons before returning to Australia in the late 1990s.