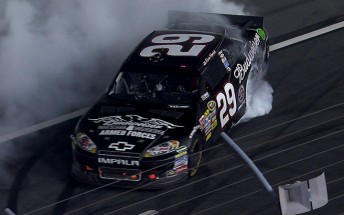 In the second major race in the USA today, the leader heading into the final corner has not won the race.

This time it was NASCAR’s Coca-Cola 600 at Lowe’s Motor Speedway, where Kevin Harvick stormed past Dale Earnhardt Jr to take the win after the #88 ran out of fuel.

With the top-10 all running on empty it came down to the final re-start when a number of cars ran out of fuel as the green flag fell. Earnhardt Jr jumped out to a big lead and appeared to have it in the bag . However, just like the Indy 500 it all ended on the final corner as not only Harvick, but six others including Australia’s Marcos Ambrose swept by.

Under the final caution period Harvick switched off his #29 Chevrolet and was pushed around by his Richard Childress Racing teammates Clint Boyer and Paul Menard in an effort to save as fuel as possible and it clearly worked.

Harvick has won three races so far in 2011 and in total has led only 9 laps!

Ambrose was one of the stars of the race in the middle section of the 600 miles leading a total of 18 laps.

After starting 24th, Ambrose moved up through the field with his big break coming on the race’s second caution on lap #99 when he took right-side tyres only and vaulted inside the top-10.

Over the ensuing long green flag runs Ambrose moved inside the top-5, then through pit stop cycles he took the lead.

After more mid race caution periods, Ambrose settled into the top-3 with the likes of Matt Kenseth, Carl Edwards and Kyle Busch.

Over the second half of the race the Tasmanian maintained his pace and even though he dropped to 21st, the former V8 Supercar Champion once again went about passing cars and moving back up the order.

Then with 60-laps to run Ambrose reported a vibration and his chances appeared over. But the final caution he not only took fuel, but also once again took two tyres and threaded the needle as others ran dry.

Ambrose has moved up three places in the standings to 17th and is only 19-points from the all-important 12th place required to make the Chase for the Sprint Cup. 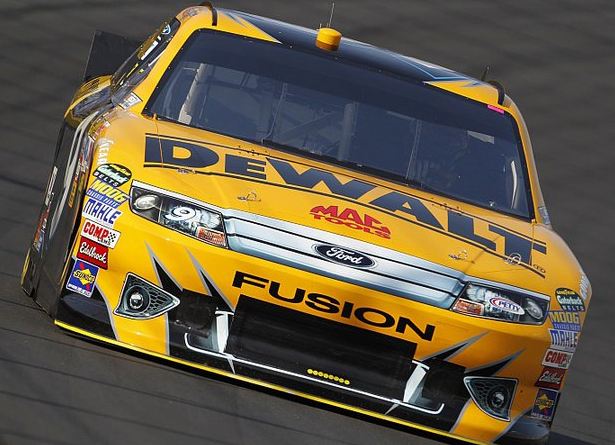 Next Story Ambrose: 600 an awesome experience 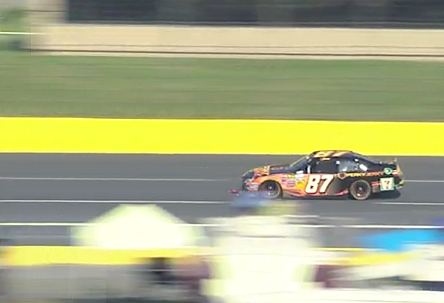