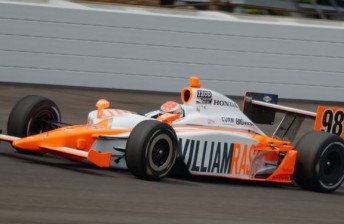 Dan Wheldon has won his second Indianapolis 500 after an amazing finish to the 100th anniversary of the race at the ‘Brickyard’.

Wheldon, who is only running a one-race deal with Bryan Herta Autosport, beat home JR Hildebrand on the front stretch after the rookie slammed into the wall at Turn 4.

“I just felt a lot of relief. It’s an incredible feeling,” said Wheldon.

“It’s a fantastic achievement everybody at Bryan Herta Autosport.

“I love everything about Indianapolis – the tradition, the fans, the history.”

In a fuel strategy run over the final quarter of the 200-lap journey, Hildebrand appeared to have the race won, but as the rookie went into the final turn he got out of the groove and slammed the wall at high-speed. It was this speed that ultimately helped him remain in second place as the car disintegrated along the front stretch.

“I caught him in the wrong piece of track,” said Hildebrand said.

“I got up in the marbles and that was it. My disappointment is for the team . We should’ve won the race.”

The majority of the race was dominated by the Target Chip Ganassi Racing duo of Scott Dixon and Dario Franchitti, but their speed came at the expense of fuel economy and that was the key in the final laps as others swept by.

“I think between Dario and myself we had this race covered,” said Dixon.

“Dario was on a straight different strategy than us and it didn’t work for either of us today.”

Disappointment also for the King of Indy, Roger Penske, with championship leader Will Power of Toowoomba the best of his trio in 14th place after losing a wheel in an early stop. Helio Castroneves was 17th, while Sydney’s Ryan Briscoe was taken out in an accident with Townsend Bell on lap #157 to be placed 27th.

Briscoe had been inside the top-10 and after seeing the final results was even more disappointed.

“I hate the feeling of wondering would we have won without the incident with Bell,” said Briscoe. 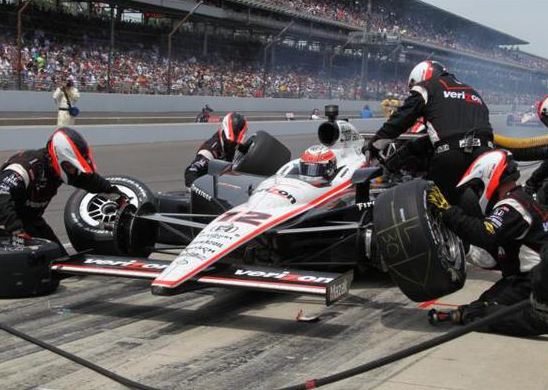