Is this the look for Ambrose’s first win?

Is this the look for Ambrose’s first win? 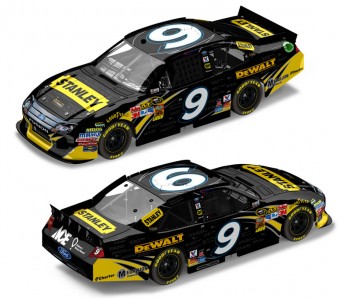 Is this the car livery that Marcos Ambrose will take to his first NASCAR race victory?

The Australian will use this special charity scheme at the Sonoma race on June 26 – the track where he almost won last year.

For this year’s Sonoma event, the #9 Stanley/Dewalt Ford team has paired up with the Childern’s Miracle Network Hospitals for the ‘Racing for a Miracle’ program.

The names of 50 patients, as well as four very special patients from the Children’s Hospital Oakland, will be featured on Ambrose’s car.

Sponsor Stanley has made a guaranteed donation of $100,000, while some proceeds from the sale of special die cast models of the Children’s car will be donated.

Sonoma represents Ambrose’s best chance to win his first NASCAR race. Last year, Ambrose had the race shot to pieces, only to blow a certain win when he decided to save fuel during the race’s final caution period. His car stalled, losing a number of places. He fought back to finish sixth.

“We’ll go away and come back stronger next time.”

While Ambrose has shown impressive pace on oval tracks this year, the Sonoma circuit would appear to be his next best opportunity to win his first NASCAR Sprint Cup race.

The next race of the Sprint Cup schedule is at Charlotte for the famous Coca Cola 600 – the longest race in NASCAR.