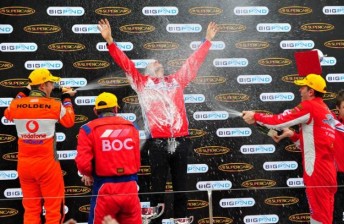 The soft tyres continued to spice up the racing during Races 10 and 11 of the 2011 V8 Supercars Championship at Winton Motor Raceway.

Like the previous event in Perth, the weekend saw TeamVodafone’s Jamie Whincup and Team BOC’s Jason Bright share the spoils, with the latter storming through the pack at the end of Race 11 thanks to a superior tyre strategy.

While the expected rain did not affect the V8 Supercars races, the same could not be said for the support categories, with Formula Ford and the Aussie Racing Cars holding their final races of the weekend in tricky conditions, before the final Formula 3 race was cancelled. 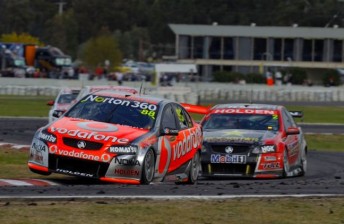 Whincup and Tander waged a mighty war in Race 11

Craig Lowndes the class of the field in qualifying 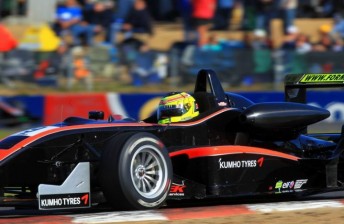 Winslow returned to his winning ways in Australian F3

James Winslow returns to Aus F3 with a bang