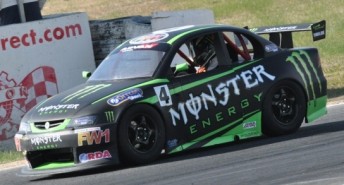 A bumper field of 38 Aussie Racing Cars fronted at Winton Motor Raceway for Round 3 of the FW1-backed series.

While there was close to 40 entrants, there were only two who tasted victory. Peter Carr and Adrian Cottrell took two wins apiece, with Carr winning the opening two races, and Cottrell dominating the latter two.

Reigning champ Clews got the jump at the start and led the field but Carr was soon in the lead and never headed.

Clews was caught up in an incident and was struck by Brendan Pingel but Clews fought his way back to third by race end. 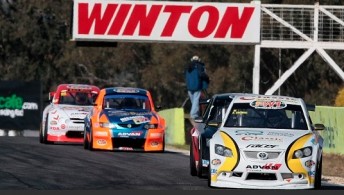 Carr led from start to finish in Race 2, with the only drama coming when Hayley Swanson spun in Turn 9, bringing out the Safety Car.

Race 3 saw Adrian Cottrell take the win from Paul Kemal, Peter Carr and category Barton Mawer. Clews was fifth. Sheridan Phillips led the opening stages of the race until he was hunted down by the leading runners.