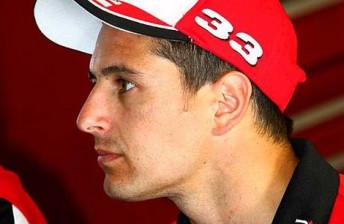 Caruso has set the pace in Practice 1

Michael Caruso has topped the opening practice session of the fifth event of the V8 Supercars Championship at Winton Motor Raceway.

In the first V8 Supercars practice session of the year that included co-drivers, the Fujitsu GRM driver pipped the field with a 1m22.7068s, edging out the #55 The Bottle O Racing Falcon of Paul Dumbrell.

See the results from Practice 1 below