TIMELINE: The Growth of V8 Supercars

TIMELINE: The Growth of V8 Supercars 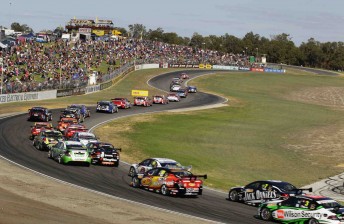 1969 – ATCC run as a series of events, rather than a one-off race, for the first time

1973 – after many years of Touring Car racing being conducted under Series Production rules, Group C regulations are introduced