Luff: Ring will be an eye-opener for Lowndes

Luff: Ring will be an eye-opener for Lowndes 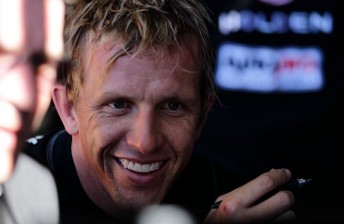 Warren Luff will head to Germany this month

Experienced Nurburgring campaigner Warren Luff says that the upcoming VLN race at the Nurburgring will be an ‘eye-opener’ for his co-driver Craig Lowndes.

The Australian pair, who race against each other in the V8 Supercars Championship, have been invited by Audi to race at the German venue on May 28, following their performance in February’s Armor All Bathurst Bathurst 12 Hour

While Lowndes is a circuit rookie, Luff has raced in the Nurburgring 24 Hour three times, and says that, while learning the circuit will be the biggest hurdle, adjusting to the mix of fast and slow cars among the field will be another crucial aspect for Lowndes to adjust to.

“You’re always in traffic – it’s never possible to get a clean lap apart from the very first lap of qualifying,” Luff told Speedcafe.com.

“It’ll be a bit of a refresher for me and a bit of an eye-opener for Craig. You just feel like you’re forever passing cars.”

For more with Warren Luff’s thoughts ahead of his German sojourn, CLICK HERE for today’s Cafe Chat.