Bathurst TV must be live or sold for $1

Bathurst TV must be live or sold for $1 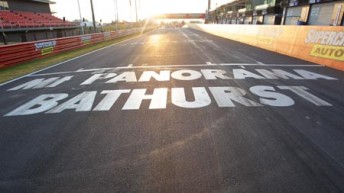 The Supercheap Auto Bathurst 1000 must be shown live and in full or on-sold to a rival network for the token sum of $1 under new anti-siphoning laws to be introduced to the Federal Parliament within months.

CLICK HERE for Speedcafe.com’s story from last November outlining the new laws and listing the sports on the premium ‘Tier A’ list, including the Bathurst 1000, Australian F1 Grand Prix and Australian MotoGP.

The Australian newspaper has reported today that if networks do not broadcast ‘Tier A’ sports live and in-full, they must be sold to a free-to-air rival for $1.

Networks failing to sell the telecast to a rival will face “a civil penalty provision” from the Australian Communications and Media Authority according to the exclusive report by The Australian’s media journalist James Chessell.

Sporting events on the ‘Tier B’ list, including all points events in the V8 Supercars Championship other than Bathurst, must be shown on either a primary or digital free-to-air channel and can be shown live or no later than four hours in delay.

CLICK HERE for the full article in The Australian today, which suggests that the likelihood of networks not showing ‘Tier A’ sports live is “low”.