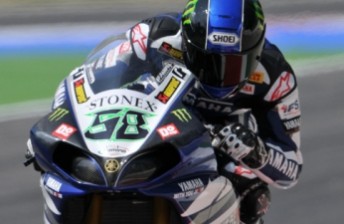 It marked the end of a perfect day for the Irishman after he won the opening 18-lap race earler in the day. Click here for report.

The race appeared to be going the way of Max Biaggi (Aprilia Alitalia), but he was handed a ride-through penalty for cutting a chicane; he recovered to finish eighth.

Third place went to Michel Fabrizio (Suzuki Alstare) but only after a massive fight with Pata Aprilia rider Noriyuki Haga.