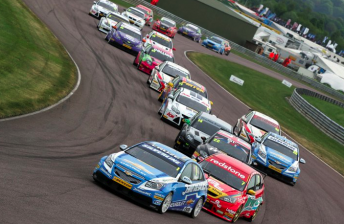 Plato took out the finale at Thruxton

Three different winners was the story of the Thruxton rounds of the BTCC where the recently-restricted turbo-engined cars again proved hard to beat.

Gordon Shedden qualified his turbocharged Civic on pole for Race 1 and bolted away from the pack. As he pulled clear, team-mate Matt Neal worked his way into second place and closed on Shedden who allowed Neal through. In doing so, Neal collected a point for leading a lap and then let Shedden back ahead to take a werll-deserved win.

Neal won a quieter race two from Shedden and Andrew Jordan, impressing again for Pirtek Racing in his Vauxhall Vectra.

Honours in race three fell to Jason Plato who had crashed out of race Race 1 with a puncture. The reigning champion made it his 63rd career win, the most in the BTCC, despite a mid-race safety car allowing Mat Jackson (Ford Focus) to close on him.