It was an action-packed return to Western Australia for the V8 Supercars at the weekend, with two wins for Jamie Whincup, one win for Jason Bright, and an enormous accident involving Karl Reindler and Steve Owen.

While Saturday had underlined the dominance of Whincup and TeamVodafone on the hard compound tyre, it was Bright’s turn to shine on Sunday. The Team BOC Commodore’s win in the crash-marred Race 8 marked the first for BJR since joining the championship in 2000, and the first for Bright since Bahrain 2006.

The five support categories featured at the Trading Post Perth Challenge also put on their fair share of entertainment.

The weekend the new championship leaders emerge for the Carrera Cup Australia Championship, the Fujitsu V8 Supercars Series, the Autobarn Touring Car Masters and the Auto One V8 Ute Series. 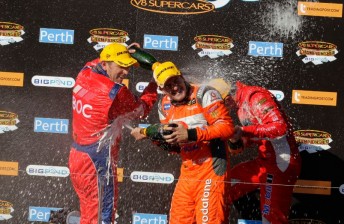 Whincup holds off Bright in Race 9 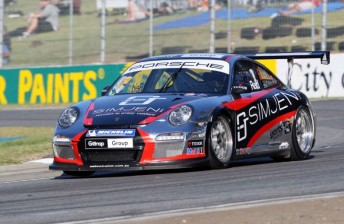 Sunday: Jonny Reid back on top in Carrera Cup 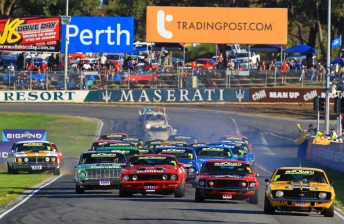 Bowe fought back from a poor Race 1 start

Sunday: Bowe fights back at Barbagallo