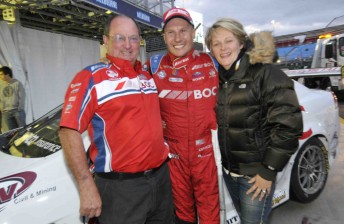 Welcome back to Speedcafe.com’s Pirtek Easter 5 – the top five topics of the 2011 V8 Supercars Championship.

Today’s Pirtek Easter 5 video looks at the most inspirational and inspiring man in V8 Supercars this year – Jason Richards.

Since then, he’s competed in two V8 races, and both times, he starred. He won a Fujitsu V8 Series race in Adelaide and took an emotional second place at the non-championship V8 race at the Australian Grand Prix.