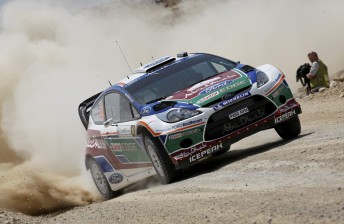 Rally Australia and Rally New Zealand will continue as rotational events in the World Rally Championship after the FIA confirmed the 2012 calendar.

Rally NZ returns to the fold in 2012 after Rally Oz in Coffs Harbour this September.

In line with the FIA allowing for greater flexibility in the format and structure of events, the new calendar will achieve a greater spirit of innovation, reflected in the inclusion of a long distance event in Argentina and the multi-territory Sweden-Norway rally.

Abu Dhabi will be a new event in the WRC following along the lines of F1 into the United Arab Emirates.

“Formation of the 2012 WRC calendar has been a long but constructive process involving a significant amount of input from a number of parties,” said Simon Long, the CEO of North One Sport.

“Competition for places has been intense with many high quality submissions being made from countries all around the world. However, we are convinced the events that have been selected will offer the variety, challenge, prominence and high quality organisation the WRC demands.

“It is a very exciting time for the WRC right now and this is further reflected by the 2012 calendar.”

More details will be announced during the coming months.