The V8 Supercars endurance driver silly season has almost come to a close, with the two remaining slots in the pack looking as good as filled.

As reported previously, Marcus Marshall appears as the man most likely to drive for Garry Rogers Motorsport’s Fujitsu Racing team.

Marshall, a veteran V8 endurance driver, will drive with either Lee Holdsworth or Michael Caruso at Phillip Island and Bathurst.

Team owner Garry Rogers told Speedcafe.com that his team was “getting nearer” to a final decision. He would not be drawn on when a decision or announcement would be made.

The final slot in the endurance driver mix is the position alongside Tony D’Alberto in the Wilson Security Racing Falcon FG.

While no deal has been formalised, New Zealand Porsche ace Jonny Reid has been linked to the Victorian-based team. 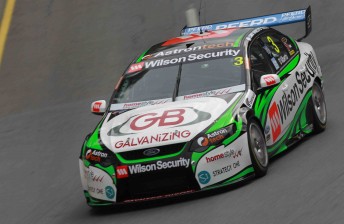 Speedcafe.com spoke to D’Alberto, who says that Reid is on his shortlist, but that no deal is locked away yet.

If Marshall and Reid are signed by GRM and TDR respectively, the endurance field is all-but sorted.

The only other driver yet to be announced is Nick Percat, who has been strongly linked to one of Walkinshaw Racing’s three entries (Toll HRT and Bundaberg Racing).

The team told Speedcafe.com in February that Percat was in contention, and after winning the opening round of the Fujitsu V8 Series at Clipsal last months, his stocks are currently high.

Another starter not fully confirmed is Jason Richards – who will pair with Jason Bright in the BOC Commodore provided his health allows.

Up to six wildcard entries will also join the field for the L&H 500 and Supercheap Auto Bathurst 1000.