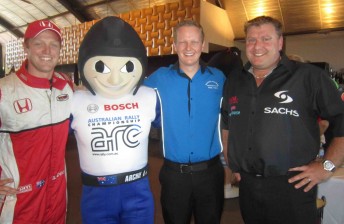 The 2011 Bosch Australian Rally Championship has announced a raft of sweeping changes to the sport to take effect over the next two years.

The long-standing Australian championship will include a switch to a two-wheel drive format from 2013 and the inclusion of an SUV category from 2012.

CEO of the Bosch Australian Rally Championship, Scott Pedder made the announcement at the launch of the 2011 Championship at Galli Estate Winery near Melbourne.

Also announced today is the new naming-right support of the class from Robert Bosch, Kumho confirmed as the control tyre supplier and BP Ultimate as the primary fuel supplier for ARC.

The new-for-2013 regulations means that the outright drivers and co-drivers titles will only be open to competitors in two-wheel drive machines and follows the decision this year to make the manufacturers championship open only to two-wheel drive cars. 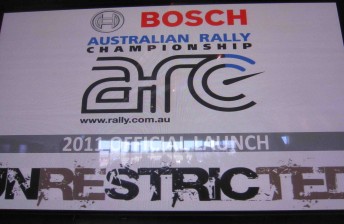 While the Championship titles will only be available to competitors using two-wheel drives, four-wheel drive rally cars will still be able to contest events, but will not be eligible for Outright Championship points from the commencement of the 2013 season.

According to Scott Pedder the new direction for the Bosch Australian Rally Championship is aimed directly at attracting more manufacturers back into the sport and in making it attractive to a wider range of car makers.

“The reality is that if we stick with a four wheel drive championship it restricts the series essentially to just two main manufacturers (Subaru and Mitsubishi) while the fact is the majority of the cars sold in Australian are now two-wheel drive so this is a move to bring it in line with the changing industry and marketplace,” said Pedder.

“Our mantra is that this should be the Unrestricted Bosch Australian Rally Championship and if we stick with the current format it means we are restricting the title and not making it open to the widest range of manufacturers and vehicles,” he said.

“In the same way the new SUV category we have announced will enable more manufacturers to become involved in rallying utilising vehicles from the fastest growing sector in the Australian car market.

“UNRESTRICTED relates to more than just the removal of turbo restrictors but to the opening up of the Australian Rally Championship and the sport in general to a diverse range of cars, teams, events and characters.

“At the end of the day that is what rallying should be all about, and this also means that we are not shutting four wheel drive cars out, they will always be welcome within the Bosch Australian Rally Championship.”

Pedder said that while International S2000 four wheel drive is a great category, the combination of high cost and the fact that most of the homologated models are European-based and relatively poor sellers in Australia means the class has not had the sort of impact that many had hoped it would.

He added that the decision to delay the shift to a two wheel drive format until 2013 was about enabling teams to utilise four wheel drive cars and investments for at least the next two seasons.

Pedder says there is also significant interest in the proposed SUV category but while there may not be manufacturer involvement in the category’s premier season in 2012 the class will be staged to create a platform for what it is a rapidly expanding vehicle sector.

The rules for the SUV category will most likely specify quite standard trim with what would be a ‘Showroom Plus’ specification.