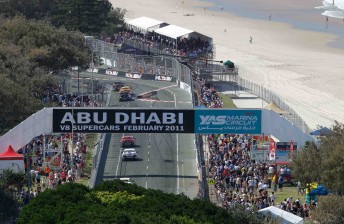 Demand for Armor All Gold Coast 600 seats is at an all-time high as teams begin to finalise their line-ups for the October event.

Last year, only 18 internationals competed, while the other seats were filled by local co-drivers.

Jim Beam Racing is one team that has experienced a high volume of demand for its two seats alongside Steve Johnson and James Moffat.

Speedcafe.com understands that eight-times Le Mans winner Tom Kristensen and reigning Daytona 24 Hour winner Joey Hand are the front-runners to drive with the championship-winning team at the Armor All Gold Coast 600.

While Kristensen and Hand are being linked to the team, Dick Johnson Racing’s general manager Glenn Turnor says that interest in the seats has been high. 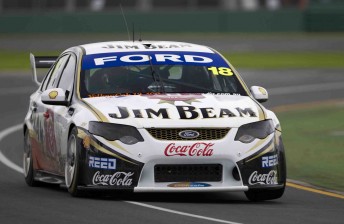 “I’m still getting phone calls from drivers saying that they’re available, putting their hand up for a drive,” Turnor told Speedcafe.com.

“I had another call this morning, just out of the blue.

“We’re discussing a number of options with a number of drivers. At this point in time, we’re not in a position to indicate who those drivers are but we expect to finalise their arrangements and contracts sooner rather than later.”

“From our experience, there are more interested drivers than there are seats available. That’s a good thing not only for V8 Supercars, but for the GC600,” he said.

“V8 Supercars took on a big challenge last year when they took on promoting the event, and it’s through the success of that event that we’re in this position.”

At this point, no V8 team has announced its international drivers, although many are well down the path of sorting their stars.