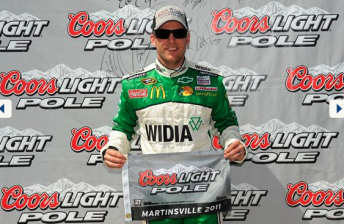 McMurray set a lap of 19.621s to take his eighth pole in his 300th NASCAR Sprint Cup Series start. It is the second pole in-a-row for the Earnhadt Ganassi team after team-mate Juan Pablo Montoya took pole in the last event for Fontana.

This is McMurray’s first pole of 2011 and his very first short track pole position.

Ryan Newman qualified second, ahead of Kasey Kahne, who posted his third top 10 qualiying effort in six races this season.