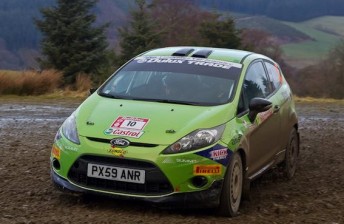 Australia’s Molly Taylor has been forced out of the second round of the British Rally Championship, the Bulldog Rally in Wales.

On a frustrating day, Taylor and fellow Aussie co-driver Rebecca Smart, lost a wheel on their Ford Fiesta R2 on just the third stage of the day, as a result of a mechanical failure.

Taylor had hoped for a strong result on the event after last week’s eighth place finish in the WRC Academy round at the Ralle de Portugal. She planned to put into practice the experience gained from the WRC outing.

The young rally star is now looking at options to get further miles under her belt ahead of the next WRC Academy event in Sardinia in early May.