I must improve qualifying: Fabian Coulthard

I must improve qualifying: Fabian Coulthard 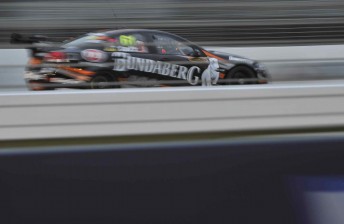 Fabian Coulthard says that he must improve his qualifying speed to remain at the front of the V8 Supercars Championship.

Sitting a surprising fifth in the title chase after four races, the Bundaberg Racing driver has turned a lack of one lap speed into consistent race pace, sitting just a whisker away from Walkinshaw Racing team-mate Garth Tander in the championship.

But it’s his qualifying pace that has him worried. In the four races so far, Coulthard has qualified 11th, 15th, 20th and 21st. However, he has turned those positions into three top 10 race finishes.

Coulthard admits to his qualifying shortfall and wants to turn it around.

“It’s no secret this year that my qualifying performances haven’t been great in the first two rounds. We have qualified poorly and made it hard for ourselves,” he said.

“I’m looking to improve on that and get better. Qualifying is the easiest time to pass cars. If you qualify at the front, nine times out of 10, you stay at the front.

“We’ve had to fight our way through, and we’ve done a good job at that, but we can make life so much easier.”

CLICK HERE for more with Fabian Coulthard in this week’s Café Café.