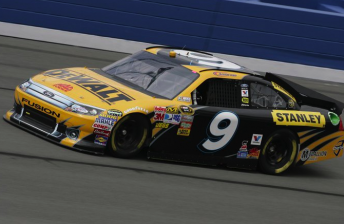 Marcos Ambrose endured his most disappointing run of the 2011 NASCAR Sprint Cup season at Fontana, California.

The Tasmanian finished 28th, two laps off the leaders, in the Auto Club 400 after battling handling issues all day.

His ill-handling car combined poorly with the race’s lack of caution periods – losing both laps on long green flag runs.

Ambrose pitted for tyres on the final caution, and came out on top in a battle with Casey Mears (Geico Toyota) and Daytona 500 winner Trevor Bayne (Motorcraft Ford) in the final nine lap sprint.

“We didn’t have a great day out there,” said Ambrose.

“The car was better at the end of the stints, but we never really got a break with the cautions.”