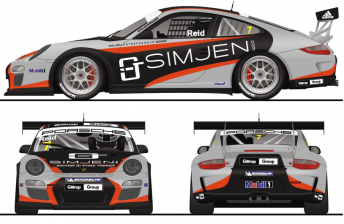 New Zealand’s Jonny Reid is a late addition to the field for the reborn Australian Carrera Cup Championship.

The 27-year-old will drive for McElrea Racing at next weekend’s opening round at Albert Park, fresh from a season in New Zealand’s Porsche GT3 Cup Challenge.

Reid will slot into the McElrea team alongside former V8 Supercars driver Michael Patrizi, after Marcus Marshall’s plans to drive with the squad failed to come off.

Having tested the 2011-spec GT3 Cup Car at Queensland Racdway, Reid is excited about the season ahead.

“I am stoked with opportunity to drive for McElrea Racing in Carrera Cup Australia and really pumped for the season opener in Melbourne,” said Reid.

“I’m looking forward to racing in the series and up against some great drivers, especially legend Mark Skaife.

“McElrea Racing’s recent experience with the brand new GT3 Cup car in Asia made them a valuable choice to drive for.”

“We are rapt to secure the services of a driver of Jonny’s calibre,” said McElrea.

“With his international pedigree and recent experience in GT3 Cup cars, we are looking forward to a great year.

“We are confident that with Jonny and his teammate Michael Patrizi, we will have a formidable team.

“It’s great to have Carrera Cup back and we look forward to working with Jonny’s new sponsor SIMJEN.com.”

The 2011 Australian Carrera Cup Championship kicks off at Albert Park next weekend.