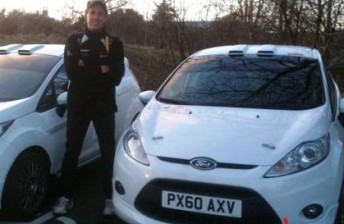 Young Australian rally star Brendan Reeves, and his co-driving sister Rhianon Smyth, have arrived in the UK to commence their assault on the 2011 World Rally Championship Academy.

Twenty-two year old Reeves from Wedderburn in Victoria won a place along with fellow Aussie Molly Taylor at the Pirelli Star Driver Shoot Out in Spain last October. Reeves and Taylor beat 15 other young hopefuls from around the world to be granted two of only six fully-funded drives in the newly formed WRC Academy, which commences later this month with Rally Portugal. 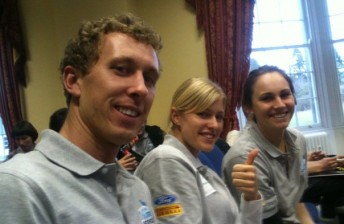 The brother-sister rally team will attend a two day training camp at M-Sport in Cumbria this week in preparation for the season-opener. All competitors in the WRC Academy will compete in identical Ford Fiesta R2s prepared by M-Sport, the team responsible for building and maintaining Ford’s World Rally Team.

After the two day training camp at M-Sport, Reeves and Smyth will head to Finland where they will participate in a snow driving course run by multiple World Rally Champion, Tommi Makinen.

It is then on to Spain where the duo will spend time testing, before they arrive in Portugal to start their WRC Academy campaign.

Despite not having driven a Fiesta R2 in competition and never having visited Portugal before, let alone competing in Rally Portugal, Reeves is confident of putting in a good performance.

“It’s going to be a really busy three weeks, but the Pirelli Star Driver is an amazing experience and we are really looking forward to the first event in Portugal,” said Reeves.

The WRC Academy will run over the first three days of Rally Portugal, March 24 – 26, with the first day being a 3.27km super special stage at 3pm in the afternoon, which is expected to attract huge crowds.

With all the 2011 WRC Academy events being held in Europe, Reeves and Smyth will also compete in Italy, Finland, Germany, France and the UK this year.