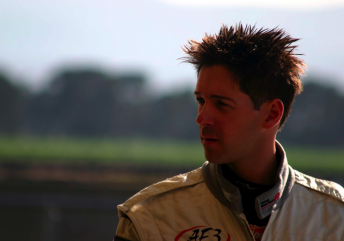 James Winslow is looking for an Aus F3 return

Since winning the 2008 Australian title, Winslow has been living and racing in America, completing part-schedules with a variety of Formula Atlantic and Indy Lights Series teams.

While the 27-year-old is still trying to put together a deal to race in the Indy Lights Series this season, he says making an Australia Formula 3 comeback could be a pathway to V8 Supercars.

The Formula 3 Championship will run three events alongside the V8 Supercars this season, in addition to four with the Shannons Nationals.

“I want to come back,” said Winslow of Australian Formula 3.

“I want to race and win (in Formula 3) at the V8 events but I also want to try and win another championship.”

Winslow drove for Jay Motorsports at the final round of the 2009 Fujitsu V8 Supercars Series, and sees V8 Supercars as a back-up plan to his IndyCar ambitions.

“(V8 Supercars is) still a very realistic goal but I need to re-establish myself in Australia whilst I continue to chase the IndyCar dream over here in the USA,” he said.

“I’m putting together a program for Indy Lights or Indy Car at the moment but I would love to mix that with another campaign in Formula 3 down under.

“I think I can win another championship. I’m working on the budget and looking for partners.”