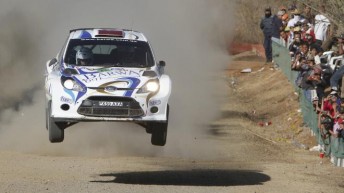 Nasser Al-Attiyah has been excluded from Rally Mexico

Rally Mexico S-WRC (Super 2000 class) winner Nasser Al-Attiyah has been excluded from the results after his Ford Fiesta S2000 was found to be in breach of the technical regulations.

However, at post-event scrutineering Al-Attiyah’s car was found to be in breach of the rules after the valve in the fuel cell ventilation system did not conform to technical regulations.

Following a hearing attended by BARWA World Rally Team management, the event stewards have excluded Al-Attiyah from the results.  The team decided not to appeal the decision.

This now means that Martin Prokop is now promoted to winner of the S-WRC category in Mexico.