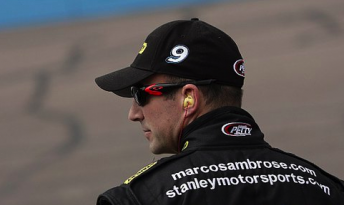 The Australian will start the Kobalt Tools 400 from second on the grid, having been beaten to the top spot by the last runner in the session, Matt Kenseth.

“It was a great lap – I am so proud of our team,” said Ambrose after his run.

“They took a huge risk to put me on. I had a chance to make it in the sport or get kicked out pretty quick with the change I made for 2011.

“For Richard Petty to give me the chance like he has and for us to deliver in our third race with a good lap time is great.

“We’re out here winging it and doing some really fast speeds.

“I’m just so proud of our efforts, it’s going to really help starting near the front.”

Catch Ambrose’s qualifying lap, and post-qualifying interview, in the video below