Greg Murphy to race in V8SuperTourers

Greg Murphy to race in V8SuperTourers 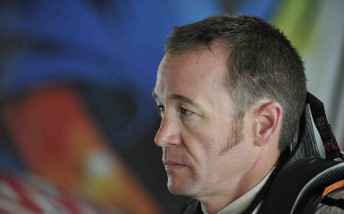 Murphy is looking forward to his V8SuperTourers debut

V8 Supercars star Greg Murphy will be on the grid when the new V8SuperTourers class kicks off in 2012.

The four-time Bathurst 1000 winner plays the role of ambassador for the new series, and may also take ownership of a team.

V8SuperTourers was launched last month as a breakaway alternative to the established NZV8 class.

The category will feature multiple body shapes running on a common chassis and with a control 7.0-litre Chevrolet engine.

Murphy is looking forward to driving in the category’s debut race, scheduled for February 17-19, 2012, at Hampton Downs. 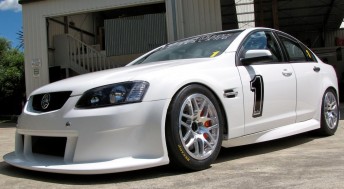 “I’ve been lucky to have some great success in New Zealand and I love racing at home,” said Murphy.

“The overall level of competition and quality of racing in New Zealand has always been high, but V8SuperTourers has caught my attention because they are real race cars and the package gets my heart beating pretty fast.

“This is something that I have to be a part of – either as a driver or a team owner!”

“It’s going to be a history-making weekend at Hampton Downs and it’s the perfect place to have the inaugural V8SuperTourers event,” said Murphy.

“They have put in a massive effort over the last couple of years to build this amazing facility and I reckon it will produce superb racing.”