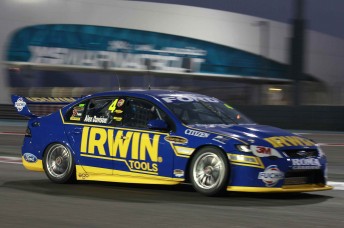 Stone Brothers Racing has ‘almost’ locked in its endurance co-driver line-up for the L&H 500 Phillip Island and the Supercheap Auto Bathurst 1000.

Confirmed to drive for the team is John McIntyre and Daniel Gaunt, who will pair up with Shane van Gisbergen and Tim Slade in the SP Tools and Lucky 7 cars respectively.

Davison is set to be paired with Brabham, but the Le Mans 24 Hour winner has not yet secured clearance from his 2011 team programs.

Brabham was not prepared to make comment, but it is likely that he will be in a position to announce his 2011 plans in the coming days. 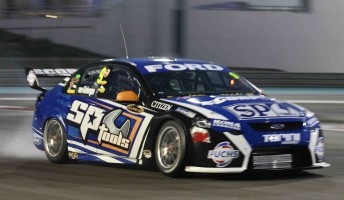 Quotes from team boss Ross Stone leaked to the media appear premature, but will be a perfect fit if Brabham gets his clearance to compete.

“We’ve got three drivers who have recent knowledge of the team and I think that’s an important consideration heading into these big races,” Stone told v8supercars.com.au.

“David’s credentials are world class, John did a great job for us last year and was rewarded with his first V8 Supercar podium finishes on the Gold Coast and Daniel has shown his ability in a range of cars in a variety of series.”

With Brabham’s confirmation is expected soon, it will be the second year in a row that the Australian international and Davison have shared the IRWIN car in the long distance races.

Davison and Brabham scored a best enduro result last year of fifth in Saturday’s race at the Armor All Gold Coast 600. It was also Davison’s best race result for the year.

His 2011 V8 season has started off on a better note, with Davison currently sitting second in the V8 Supercars Championship after a strong run at the Yas Marina Circuit.

All three Stone Brothers Racing entries will be at Queensland Raceway today for an official test day.