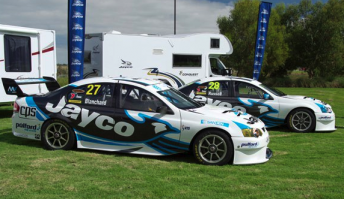 Russell will partner Tim Blanchard at the Melbourne-based team – one of the outfit’s most competitive driver line-ups ever.

Russell will continue to campaign the same Jayco Falcon that he raced last season. He has also secured backing from Tex Onsite for the 2011 season.

Both Russell and Blanchard’s cars will feature Jayco backing, while the team will also run a third car for former Formula 3 competitor Tom Tweddie. 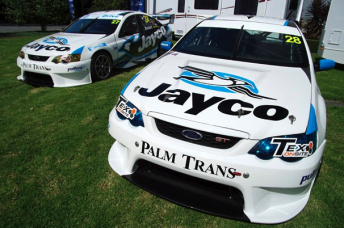 After finishing fifth in last year’s title, Russell is eager to return to a car and team with which he is familiar with.

“It is great to be back with MW Motorsport for the new season,” he said.

“I enjoyed working with Matt White and his team last season and together we achieved some great qualifying and race results. The Team Jayco Falcon has been updated throughout the off-season and I have no doubt that we will be stronger again this season as the team continues to receive technical support and an engine development program with FPR.

Russell says he has some “unfinished business” in the Fujitsu V8 Series.

“After being in the hunt throughout last season both Team Principal Matt White and I have some unfinished business to take care of in this series this year,” he said.

“I thank Matt for giving me another tilt at the title with Team Jayco. I am also on the grid in 2011 thanks to the support of Tex Onsite, who are helping me to chase my goal of making it into the main V8 Supercar series in 2012.”

This will be Russell’s fourth season in the Fujitsu V8 Supercar Series. The Brisbane based driver made his series debut in 2003, driving the Chance of a Lifetime Falcon. He finished 10th in the series before taking on Production Car and Carrera Cup racing.

He finished third in the 2009 title driving for Howard Racing. Last year saw him take four race wins, including two at Mount Panorama.