Alex Davison: I still have a lot to prove

Alex Davison: I still have a lot to prove 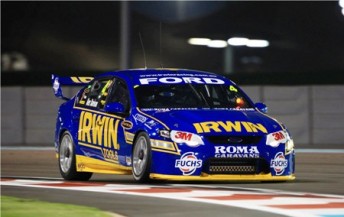 Alex Davison is not resting on the laurels of his career-best result in the opening race of the V8 Supercars Championship at the Yas Marina Circuit.

After copping flack last year for under performing, Davison resisted naming his knockers, knowing he still has more to prove with the Stone Brothers Racing team.

“I’ve still got plenty to prove – this is one result,” he said.

“I want to build a championship and get to a point where we get tpo the front every weekend.

“When we achieve that, we can put some of that criticism to rest and shut a few of those guys up.”

Davison’s second place result comes after a strong race for Stone Brothers Racing, with all three of its cars finishing in the top five.

For more with Davison, see below for his post-race chat with Speedcafe.com.au …