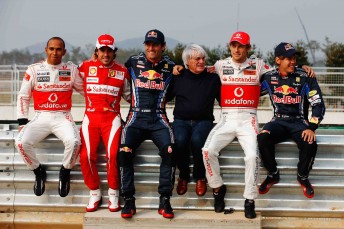 Bernie Ecclestone has claimed that Formula One “doesn’t need” the Australian Grand Prix on its calendar.

The Formula One Management head recently told German media that “twenty races is enough,” when discussing future Formula One calendars.

“If we have some new races, some others will fall out – we don’t need Australia, for instance …,” he added.

Ecclestone responded immediately to Doyle’s claim, explaining that Formula One should leave Australia if it is not wanted.

It is understood that Ecclestone will attend the race at Albert Park this March to continue discussions about the event’s future.

The race’s start time, which has been a contentious issue in recent years, will remain unchanged from 2010 at 17:00 local time.

The evening slot is a compromise between the traditional mid-afternoon start, and Ecclestone’s wish to have a night-race.

The AGP will be the only Formula One race to start at 17:00 this season, as the Malaysian Grand Prix has been brought forward an hour to 16:00 in order to avoid the heavy evening rains that have lashed the circuit in recent years.