Matt White: MWM must rise to the occasion

Matt White: MWM must rise to the occasion 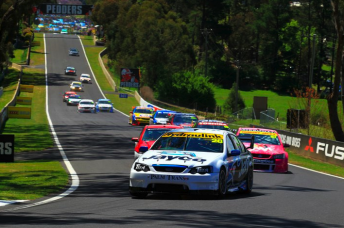 David Russell and MWR dominated at Bathurst in 2010

Matthew White says that his team must rise to the occasion if it is to compete for race wins in this year’s Fujitsu V8 Supercars Series.

The 2011 season sees the introduction of the FG Falcon into Fujitsu competition, as well as an influx of Championship teams looking to blood co-drivers for the Phillip Island and Bathurst endurance races.

The former AUSCAR driver says that his team’s three BFs are still a match for the newer model, providing the team step up to the plate.

“We won’t upgrade until the moment’s right,” White told Speedcafe.com.au of moving to FGs. 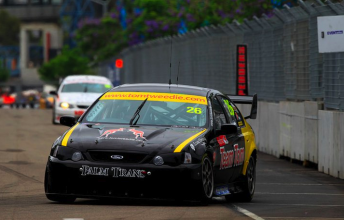 “We’re still getting the best out of our current cars. Dave (Russell) showed with what he did last year at Bathurst that our BF is quicker than most FGs anyhow.

“There’s nothing wrong with a BF if you run it well and you’re on top of your game.

“There weren’t many rounds last year where we did that, so we need to lift our game and make sure we get the car right on the day.”

White expects that Blanchard can contend for the title this year, despite the competition.

“The whole team is pumped to get Tim in there, and we’ve got to make sure that we do the job for him,” he said.

“Tim probably got there last year more with consistency, so we’ve got to try and step up and get the pace up there more consistently for him.

“Last year he was always in the top five, we just need to try and drag that forward a little bit this year and aim for wins.”

With Ford Performance Racing among the teams likely to make appearances in the Fujitsu Series this year, White concedes that the task of winning races will be harder than ever.

“It’ll certainly make round wins tougher when you get a factory run current spec FG in the field,” he said.

“It probably defeats the purpose of the series a little bit. But I can see why the main series teams need to do it.

“They can’t have someone leading Bathurst in their car that hasn’t driven for 12 months.”

White does not see the current teams benefiting from increased publicity for the series if ‘big name’ drivers such as Mark Skaife make one-off appearances.

“It does build up some more publicity, but it just ends up being ‘The Mark Skaife Show’, so no one else gets any coverage anyway,” said White.

“I’ve seen it happen before, and from my point of view it’s a negative  – we don’t need it.

“But they’re all challenges we need to address, and we’ve got to rise to the occasion.”