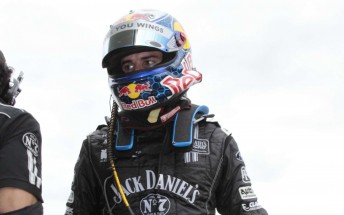 Rick Kelly says that the addition of Greg Murphy and David Reynolds to the team will make him the whole Kelly Racing organisation a better unit in 2011.

Kelly, who is the only driver debuting a brand-new car this weekend, said that new recruits Murphy and Reynolds, plus his regular Jack Daniel’s Racing team-mate and brother Todd Kelly, are making him lift his game.

He says he should be better off for the new intra-team challenge, starting at this weekend’s Yas V8 400 in Abu Dhabi.

“We have taken a lot of steps up with Kelly Racing over the last two and a half years now, but none as big as what we did over the Christmas break,” he said.

“Having Murph and Dave Reynolds join us has been fantastic and given us a lot of confidence.

“You can see that in all the boy’s faces on the team. I drove with both Murph and Dave out on track at the Eastern Creek test and they pushed me.

“I had to really do a great lap time to match them. That for me is quite new, it’s fantastic to have them on board and we are learning a lot from them. That gives us great excitement.

“They are going to keep Todd and I on our toes and that is great for the team.

Rick’s older brother Todd wants to put a disappointing 2010 season behind him with a strong first-up result at the billion dollar Yas Marina Circuit.

“Our cars really we not where they needed to be and didn’t really suit Abu Dhabi last year.

“We have focused quite hard on that and tried a heap of stuff at Eastern Creek to go and implement at Abu Dhabi.

“I think we will be a lot better off there this year. Given it’s a clean slate we can put last year behind us now and really have a crack at the championship. I just can’t wait to get there.”

The Jack Daniel’s Racing Commodores will appear in a unique ‘Queensland’ livery, raising awareness for the weather-stricken state. CLICK HERE for yesterday’s story …