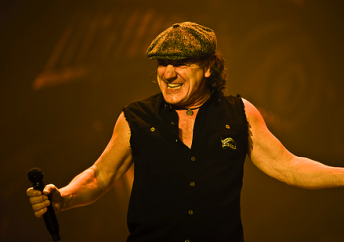 Brian Johnson believes he could qualify for a V8 Supercars race

AC/DC front-man Brian Johnson has signalled his desire to race in Australia later this season.

In a column for Melbourne newspaper The Age, the optimistic Brit has named the V8 Supercars Championship as his goal.

Johnson currently competes in historic competition in America, and plans on adding appearances at Goodwood, Donnington, Silverstone and Le Mans to his schedule this season.

The 63-year-old wrote that he is considering a V8 Supercars appearance on the advice of friend David Coulthard.

“DC instils so much confidence in you when he talks,” wrote Johnson.

“He said he thought I could step up a bit and have a bit of fun.

“I didn’t really think he was serious but late last year we were talking about race series I could do.

“Australian V8 Supercars came up and I’d love to have a shot in one of them.

“Like Nascar, V8 Supercars have a lot of power there and all the cars are pretty equal so that’s what makes it so exciting to watch. But it’s more exciting than Nascar.

“I’d like to think I could qualify. I’d certainly give it my best.”

Johnson also noted that the Yokohama V8 Utes Series could also be an option.