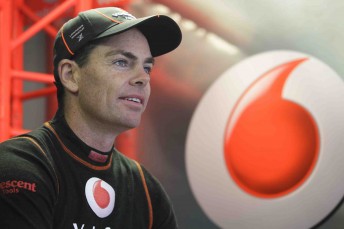 Craig Lowndes dreams of racing in the Le Mans 24 Hours

Craig Lowndes hopes that this weekend’s Bathurst 12 Hour race will be the first step in achieving his dream of racing in the Le Mans 24 Hours.

The 36-year-old will swap his TeamVodafone Commodore for a Team Joest Audi R8 this weekend in order to tackle the once-around-the-clock race.

Lowndes says he is looking for opportunities to compete in more endurance races, and will be pushing for a drive in the French classic as early as next season.

“When the opportunity came up to race with the Joest guys (at Bathurst), it was definitely pretty hard to refuse,” Lowndes told Speedcafe.com.au.

“This is hopefully a stepping-stone to the Le Mans 24 Hours, which is really the ultimate race I’d love to do one day.

“Hopefully we’re on the podium somewhere (this weekend).

“That’d be a great result for me, and then the bigger picture would be trying to secure, or at least build a relationship with them (Joest) to try and do the Le Mans 24 Hours, probably more likely next year or beyond.”