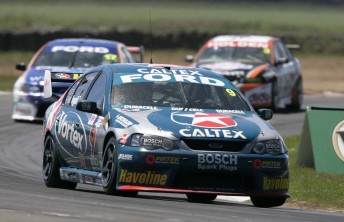 The son of legendary team owner and race car engineer Jim Stone will enter his own team in the Fujitsu V8 Supercars Series this year.

Matt Stone, the son of Jim and nephew of Ross, will enter the Fujitsu Series this year, using the Stone Brothers Racing-built Falcon BF chassis that Russell Ingall took to the 2005 V8 Supercars Championship victory (SBR BA3). Stone is leasing the car from SBR.

The Falcon will be driven by Ulsterman Robert Cregan and run under the banner of Matt Stone Racing.

Cregan, the son of Yas Marina Circuit CEO Richard Cregan, will become the first Irishman to compete in a V8 Supercar.

Matt Stone is in the process of setting up his own workshop close to SBR’s Yatala base in Queensland. 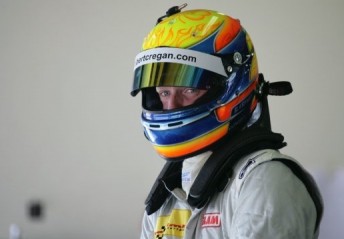 Stone has worked with the SBR team on and off for the six years, most recently acting as the number one mechanic on Shane van Gisbergen’s #9 SP Tools Racing Falcon.

Stone said that he felt the time was right to branch out and take on his own racing endeavours.

“I wanted a bit of a change and be my own boss,” he said.

“The Development Series is a good place to start. I’ve seen a lot of the mechanical side of the car, and I start doing the other side of the racing, like management. I want to expand as well by running a couple of Carrera Cup cars in the future.”

“Looking over his CV, he’s done a lot of good things and he’s always be top three or four in whatever he has done. V8s will be a big jump for him, but we’re aiming to be up the front.”

Cregan, 21, has competed in a number of different sportscar classes over the past few years, including racing Porsches in Europe. He tested a V8 Supercar back in September last year, driving a Matthew White Motorsport Falcon at Wionton Motor Raceway. CLICK HERE for Speedcafe.com.au’s story.

In other Fujitsu V8 Series news, the teams’ pit area has been relocated at Adelaide, returning to its traditional base on Wakefield Street. Last year, the FV8 teams were based on the grassed area on the outside of turn 12.