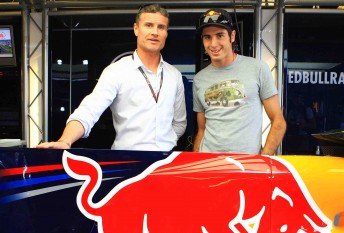 The quartet of motorsport stars will face off in a five lap show race – titled the Red Bull Race Off – driving specially-modified Mégane Renault Sport 250s.

Kelly, who drives for Jack Daniel’s Racing in the V8 Supercars Championship, says that despite his respect for the other driver’s achivements, he will be going for the win.

“The Grand Prix is always a very exciting event for us, but even more so this year with the opportunity to race against some of the worlds best drivers in the Red Bull Race Off,” he said.

“Even though I have a huge amount of respect for the other drivers, being a typical race driver I will be giving it my best shot to win, as I expect they will. So all in all it should be a great spectacle for the crowd and a great event.” 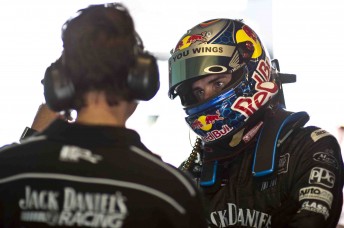 Scuderia Toro Rosso practice and third driver Daniel Ricciardo is also excited by the propect of the five-lap race – and he is already weighing up his opponents.

“I’m looking forward to the Red Bull Race Off, competing against an ex Formula 1 driver in David Coulthard and then on Friday morning I’ll be up against current Formula 1 drivers,” said Ricciardo.

“Then there’s Robbie. I’m a huge fan of his and I know in Austria a few years ago a couple of the Red Bull junior drivers were giving him some F1 driving tips, so I expect him to be on the money.

“And Rick of course is very talented and a bit more used to the sedans than the rest of us, so he has to be the favourite. Should be a fun event and I’m excited about it, along with the whole weekend.”

The Australian Grand Prix will be held at the Albert Park street track on March 24-27.