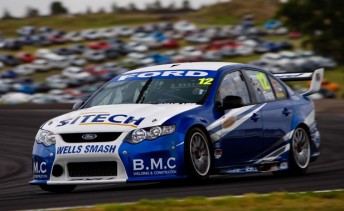 Former Prodrive employee Darren Papworth, from the United Kingdom, has joined Triple F Racing and will get his first taste of a V8 Supercars race meeting at the Yas Marina Circuit in Abu Dhabi next weekend.

Papworth comes to TFR after working for seven years with Prodrive’s World Rally program where he was the chief customer engineer. He has also had stints in the British Touring Car Championship and has recently spent time working with Belgian-based rally squads. 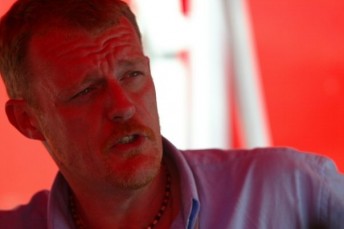 Fiore said that having a fresh face in the team with an outside perspective is a boon for his team.

“He’s pretty experience all round, but obviously doesn’t have a lot of experience with V8 Supercars,” he told Speedcafe.com.au.

“But I think with Greg Wooster (team manager) in our team, plus the technical support from Triple Eight, I think it’s a good platform to him to learn from.

“Darren is easy to talk to, very open minded and very willing to learn.

“And he’s brought a fresh breath of air to the team. We’re all looking forward to Yas.”

With Fiore’s technical staff and alliances in order, the West Australian is now in sponsor-finding mode.

He is confident that he will have a new major sponsor for the 2011 V8 season.

“They are well aware of the time lines, so I’m reasonably confident that it will come to fruition before Round 1 at Abu Dhabi. It’s just a matter of how it’s going to end up with the paint scheme. It might be a patch-up job for Abu Dhabi and give it a full fresh look for Clipsal.

“The car is a bit naked at the moment, but it gives the guys who have already committed to us for this year a good run. The car still looks sharp, it is last year’s scheme, but it still looks OK.

“I’m not too concerned about it, but now that Eastern Creek is over and done with, it’s now back to focusing on the business side of things.”

The opening round of the V8 Supercars Championship kicks off at Abu Dhabi on February 10-12.