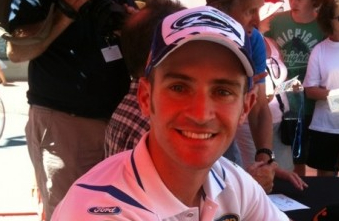 The first of two sessions at today’s pre-season V8 Supercars test has been completed at Eastern Creek Raceway.

After 3 hours and 30 minutes of running, Trading Post Racing’s Will Davison topped the time sheets, having broken Mark Skaife’s long-standing track record with a 1:31.4551s lap.

The #888 TeamVodafone Commodore followed, with both Craig Lowndes and Mark Skaife having completed laps in the car.

Rounding out the top five were Mark Winterbottom and Tim Slade, with Winterbottom having completed a session-high 66 laps..

Lee Holdsworth, Paul Dumbrell, Alex Davison, Todd Kelly and David Reynolds were next – all less the one second away from Will Davison’s benchmark.

Russell Ingall sits at the foot of the times, having completed just one flying lap before being sidelined with an engine problem.

The cars will be back on track for a second session this afternoon, with soft tyres allowed to be run from 2pm.

See below for the results of Session 1 (main drivers listed)