Murphy: How I almost missed a full-time drive

Murphy: How I almost missed a full-time drive 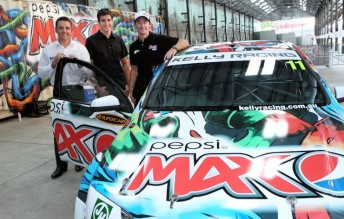 Greg Murphy was resigned to missing out on a full-time V8 Supercars drive – until the Pepsi Max deal came through late in 2010.

The Kiwi champ was revealed today as the driver of the #11 Pepsi Max Crew driver, prepared by Kelly Racing.

Murphy said that up until a late turn of events at the end of last year, he was only searching for a competitive endurance drive.

“I’d resigned myself late in the piece because I didn’t have anything else set up,” he told Speedcafe.com.au.

“There just wasn’t anything out there that was even of interest, other than one small possibility in a Holden somewhere, and that’s the way it was.

“I wasn’t going to go and flog around again pointlessly.

“As it turned out, I was in the right place.”