Lowndes: Stability will see us return to the top

Lowndes: Stability will see us return to the top 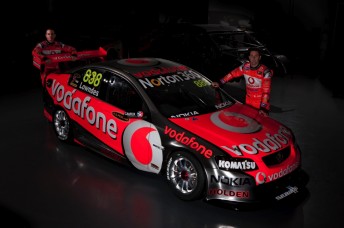 Jamie Whincup and Craig Lowndes with their 2011 TeamVodafone V8 Supercar

While several teams, including the Holden Racing Team, Ford Performance Racing and Dick Johnson Racing have altered their driver line-ups in the off-season, Whincup and Lowndes will pair up for a sixth consecutive season.

According to Lowndes, the continuity will be a significant boost to their title chances.

“We have the hardest-working team in V8 Supercars and it’s the consistency within our organisation that will ensure we are contenders in 2011,” said Lowndes.

“Our goal in 2011 is to re-claim the driver’s title and I believe that Jamie and myself will be in the running.” 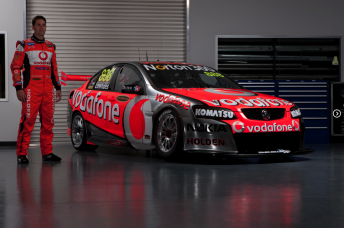 Whincup added that the mechanical issues that cost him the 2010 title should be solved now that the team has had 12 months with the Commodore.

“(In 2010) we won the most races and dominated the enduro’s to be crowned team’s champions, but came up short in the driver’s stakes by a small margin,” said Whincup.

“Both Craig and myself are confident that, after a full season in the Commodore, we are ready to challenge for the title once again and get that #1 back on one of the TeamVodafone Holdens.”

Former PWR and Walkinshaw Racing driver Andrew Thompson will join Whincup for this year’s endurance races, and is looking forward to the task.

“It’s a huge opportunity for me and I feel extremely lucky to have been given this chance,” he said.

“I have a lot of work to do to repay the faith but I am really looking forward to getting the year underway and proving what I can do.”