Andy Priaulx moves on from WTCC

Andy Priaulx moves on from WTCC 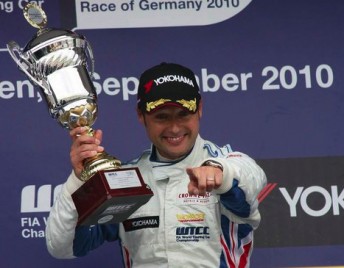 BMW has announced Andy Priaulx’s 2011 racing plans, and they don’t include the World Touring Car Championship.

The Guernseyman has competed in the WTCC and its forerunner, the European Touring Car Championship, with BMW since 2003, but will switch to an Intercontinental Le Mans Cup LM GTE program this season.

The three-time World Touring Car Champion says he’s looking forward to his new drive, which will see him race for both Team Schnitzer and Team Rahal Letterman Lanigan alongside the likes of Augusto Farfus, Jörg Müller, Dirk Müller and Dirk Werner.

“I am really looking forward to this year as we are competing in some great races on three continents,” said Priaulx. 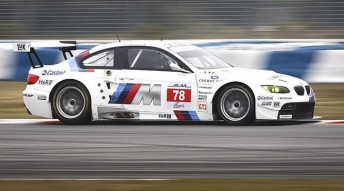 Priaulx moves into a full-time role with BMW's GT program

“I had my first taste of Le Mans last year and can’t wait to get back there.

“The programme is very varied and, with testing duties for BMW with cars from other racing categories, I know I shall be just as busy if not busier than before.”

The Intercontinental Le Mans Cup events do not clash with any of V8 Supercars’s three endurance races, leaving Priaulx free to compete either on the Gold Coast or in the Phillip Island/Bathurst double.

Priaulx’s move to a full-time GT program follows BMW’s scaling back of their WTCC efforts in recent years, which in 2011 will include supporting privateer entries only.

With BMW preparing for their entry into the DTM in 2012, the WTCC will have just one factory team this season – Ray Mallock Limited’s Chevrolet Cruze squad.