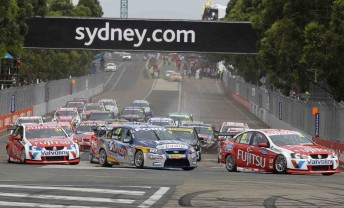 Walkinshaw Racing and Paul Morris Motorsport have elected to change the numbers of their cars ahead of this year’s V8 Supercars Championship.

Walkinshaw Racing will enter Fabian Coulthard in the #61 Bundaberg Red Racing Commodore VE, while PMM has given Steve Owen #49 for his return to the championship, driving the VIP Petfoods-backed Commodore.

For WR and Coulthard, the #61 represents the year that Bundaberg was formed (1961), with the company celebrating its 50th anniversary this year. The car was entered under #24 last year – the old Romano Racing number. 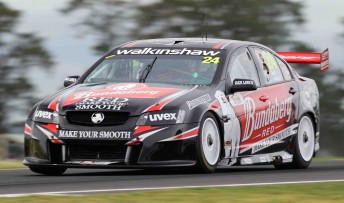 The significance of the number change for PMM is a quirky one. Team owner Paul Morris placed 49th in last year’s ‘Top 50 Australian Touring Car drivers of all-time.’ Owen’s new number pays tribute to that feat.

The only other number changes is that the Toll Holden Racing Team assumes the coveted #1 plate, thanks to new champion James Courtney joining the team. This forces former champ Jamie Whincup to revert to TeamVodafone’s traditional #88 – a number that Whincup last used in 2008 when he claimed his first V8 title.