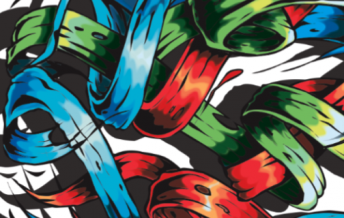 Could this make up part of the livery of the Pepsi Max Crew car?

The first artwork indicating the look of Pepsi Max’s first foray into V8 Supercars has been issued to the media.

Pepsi has inked a deal with a V8 Supercars team for the 2011 V8 Supercars Championship, which is said to feature a modern, street art design that could change throughout the year.

Pepsi Max’s publicity company in V8s, MC Sacctchi, issued an invitation yesterday to select media, inviting them to ‘witness the launch of an exciting new team in the 2011 V8 Supercars Championship – the Pepsi Max Crew.’

The launch of the Pepsi Max Crew, its driver and team will be revealed on Thursday, January 27, just two days prior to the V8 Supercars Championship test day at Eastern Creek.