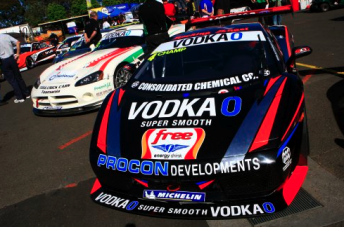 Vodka O has confirmed it will continue for a third season as the naming rights backer of the Australian GT Championship in 2011.

In addition to its naming rights sponsorship of the 2011 Australian GT Championship, Vodka O will also be the major sponsors of the Dean Grant Mosler MT900 GT3 and the Peter Hackett Lamborghini Gallardo GT3.

Vodka O will also continue with an expanded presence at all of the Australian GT Championship rounds, and will be heavily involved in pre-event promotions, after-parties and other social activities.

Australian GT director Rachael Wagg says that she is looking forward to the season ahead.

“GT is thrilled to have Vodka O and their passionate team back on board as the naming rights sponsor of the 2011 Championship for the third-year running,” she said.

“As the second highest selling Vodka in Australia, Australian GT is very proud to be associated with this very successful and popular brand that continues to grow internationally.

“We look forward to working together to continue to build the world class show that is the Vodka O Australian GT Championship”.

The Vodka O brand has recently expanded overseas, launching in the UK last year with plans to enter the Asian market soon.

Vodka O was recently awarded a joint Gold Medal winner at the 2010 Vodka Masters in London in the smooth category beating over 120 Vodkas from all over the world.

“Vodka O is extremely excited to be part of the 2011 Australian GT Championship,” he said.

“Vodka O is a remarkable product that is reflected in these exceptional cars.”

The 2011 Vodka O Australian GT Championship commences at the Clipsal 500 street race in Adelaide on March 17-20.