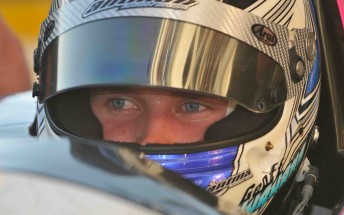 Geoff Uhrhane will aim to join Scott Pye as a British Formula Ford Champion when he joins JTR Mygale for the 2011 season.

The 19 year old reportedly impressed the team at the test, and is looking forward to getting back into the car next month when testing for the 2011 season begins.

“I’m definitely excited about the opportunity to run in England,” said Uhrhane.

“It’s going to be a big change for me, but it’s something I’ve wanted to do for a long time.

“The test went really well in December, even though it was really cold and wet, but JTR were really impressive throughout the entire process.”

The Gold Coast driver took his first race and round wins at the penultimate event at Symmons Plains, and believes he can win the British championship at his first attempt.

“I’m going over there to win, we’re not going there to run second, so that’s my aim,” he said.

“Seeing what Scott (Pye) did last year gives me a little bit of confidence as well, because it shows that the Australian Championship prepares you well.”

The 2011 British Formula Ford Championship will take place over eight rounds and 24 races, beginning at Silverstone in April.

The baulk of the championship will support the British F3 and GT Championships, while Brands Hatch’s DTM event in September headlines the calendar.