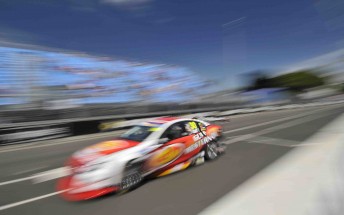 Former Tasman Motorsport employee Rob Palermo will take over the role as the engineer for the #30 Gulf Western Oils Commodore VE, to be driven by Warren Luff.

Last year, LDM hired an engineer from Walkinshaw Racing to complete its race weekend duties, but Dumbrell has decided to take all of his engineering requirements under his own roof for 2011.

Palermo was a former Tasman Motorsport employee for a number of years before leaving the game to concentrate on his own engineering business. 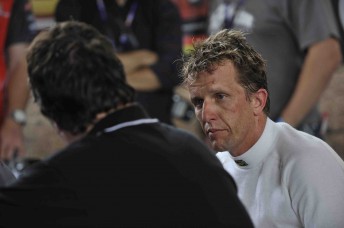 Warren Luff will work closely with Rob Palermo this season

He worked with Luff and Dumbrell in the later races of the 2010 series, and Dumbrell has convinced Palermo to return to the sport for 2011.

“Rob started yesterday as a full-timer, and I think he’ll do a good job,” Dumbrell told Speedcafe.com.au.

“He’s an old mate of Dean Orr’s, and he came on board with us at Tassie and Homebush just to give us a hand doing a bit of data work. We wanted someone with a bit of experience.

“As it turns out now, he’s come on full-time.

“I think Warren and Rob will work together extremely well.

“One-on-one, they already seem to get along well, we had a meeting yesterday and they’ve put together a bit of a plan for the test day.

“The biggest thing is that he is full-time and he can make sure that every facet of the engineering is covered.”

Dumbrell’s Gulf Western Oils-backed team will unveil its livery in the week leading up to the official Eastern Creek test, telling Speedcafe that the look has more black in the scheme than last year.

Lucas Dumbrell Motorsport will continue to have major backing from Gulf Western Oils in 2010, as well as minor support from Autopro Parts Professionals and Supercharge Batteries.